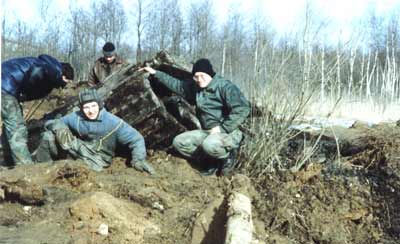 Ekipazh members near the tank. 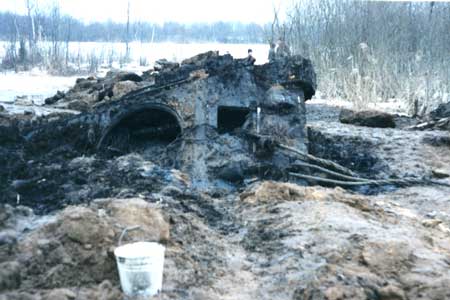 The tank was partially raised. 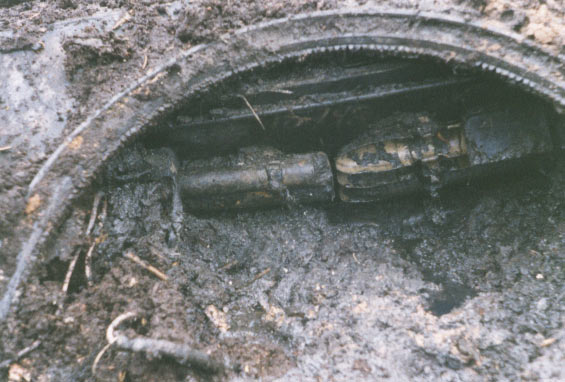 Back in 1950  the attempt to clean off  the dirt by blow cleaned the  turret of the  hull. Rows of 76-mm shells as seen after the tank appeared on surface.  Sapers had to unload shells before the work was continued. 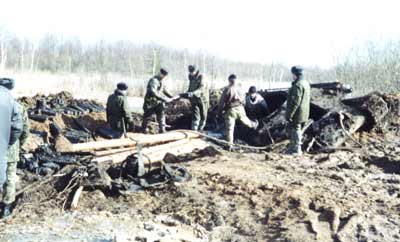 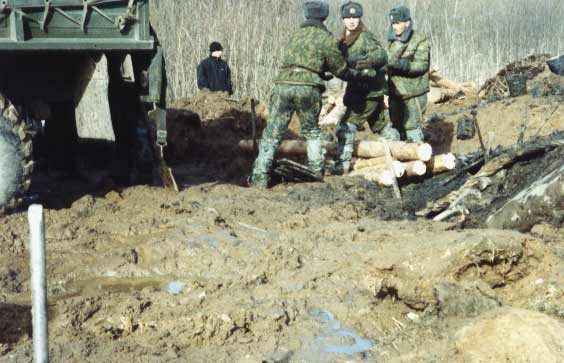 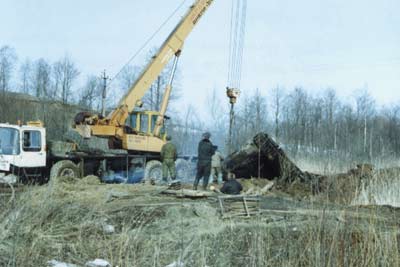 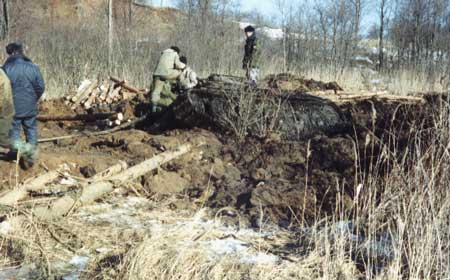 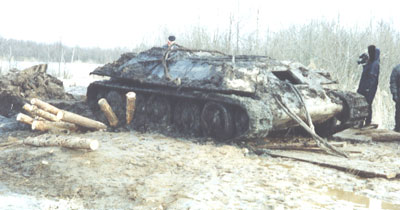 Personal effects and remains of a tanker were found within the tank.   The attempt to identify the tanker are now in progress. 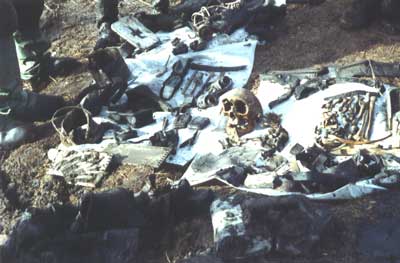 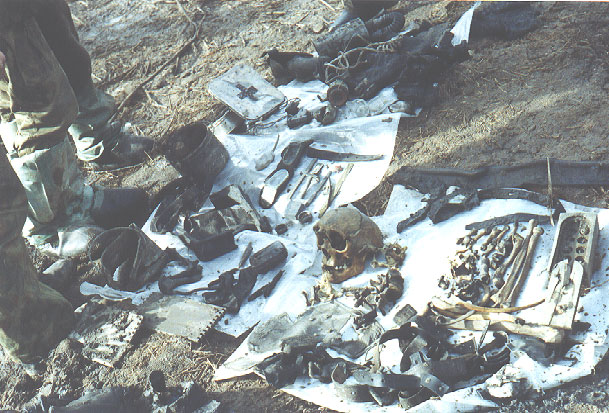