More detailed report to follow. Please find below photoes taken on the spot.

More or less panoramic view of the place. Left photo shows the place of digging yet to be made. The other one depicts the base lager. 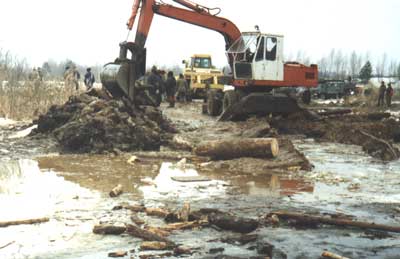 The excavator was used for partial removal of dirt at the first stage. 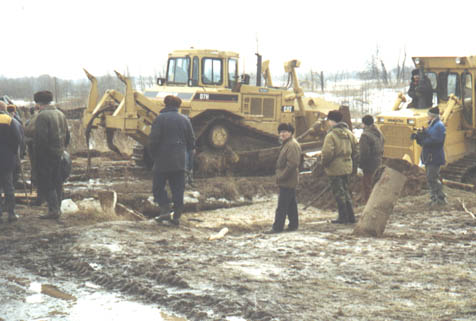 The heavy tractors appeared on the stage after the way was cleared. 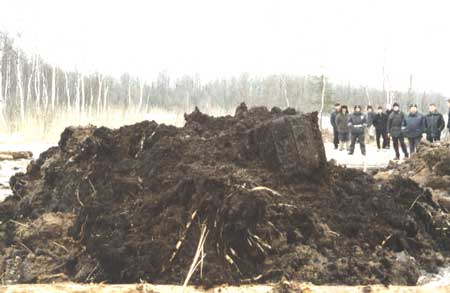 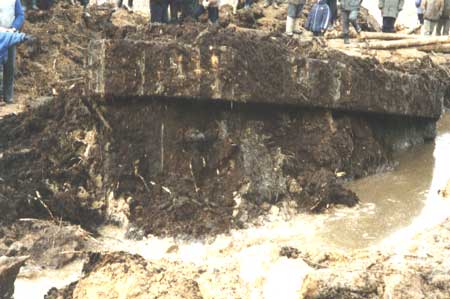 Joint efforts of tractors raised the tank to the surface.  At first a track, and later bottom saw the light after years of being buried in dirt.