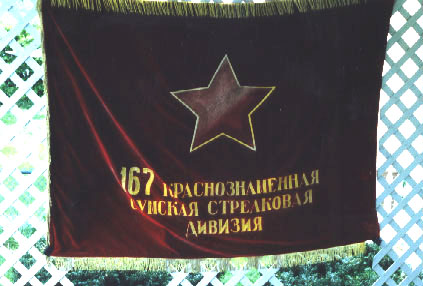 The first division to use the # 167 formed in July 1940 at Tula in the Moscow Military District with the following regiments:

The 167th moved to the Western Special Military District on June 22, 1941 as part of the last minute mobilizations for the defense of the country from German attack. The 167th was understrength in terms of manpower but overstrength in artillery.

On July 3, 1941 the 167th went into battle with the 63rd Rifle Corps of Colonel-General Fedor Isidorovich Kuznetsov's 21st Army on the Dnepr River south of Mogilev. In August 1941 the division fought in the battle against the German 2nd Army and 2nd Panzer Group.

The 167th Rifle Division disappeared from Stavka battle maps in late August and was removed from the Soviet OB on October 15, 1941. 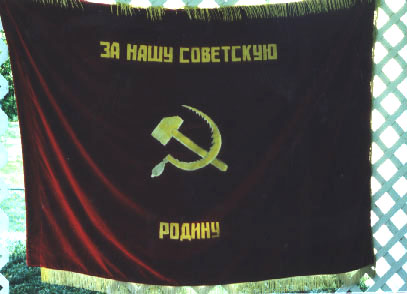 In 1943 the 167th Rifle Division fought in the 38th Army at Kursk (July 1943), Kharkov, and the advanced to the Dnepr river in Major-General Petr Petrovich Avdeenko's 51st Rifle Corps.

On September 2, 1943 the division participated in the liberation of Sumy, Ukraine and received the "Sumskoi" honor title which is embroidered on the division's standard.

On September 16, 1943 the unit participated in the battle for Romny as part of General Avdeenko's 51st Rifle Corps. On November 2, 1943 the unit was one of the assault divisions of Major-General Sarkis Sogomonovich Martirosyan's 50th Rifle Corps, 38th Army in the Kiev Offensive fighting at the Lutezh Bridgehead and on November 6 participated in the liberation of Kiev. Received the "Kievskoi" title which was not embroidered on the standard when the standard was made in 1945.

In late November 1943 the unit was transferred to the 47th Rifle Corps of Lieutenant-General Filipp Fedorovich Zhmachenko's 40th Army of the 1st Ukrainian Front for the Khorsun-Shevchenkovskiy Operation. It fought from January 24th, 1945 on the north-west side of the salient on the extreme left of the 40th Army between the 354th Rifle Division, 47th Rifle Corps, 40th Army and the 180th Rifle Division
( see previous article), 27th Army against the German 198th Infantry Division. The division broke through on January 28th with elements of Lieutenant-General L.G. Kravchuk's 6th Tank Army and surrounded the German 198th Infantry Division. The unit faced a counter-attack by the 198th Infantry Division on February 10 and faced the 1st Panzer Division on February 11. Advanced against the 1st Panzer Division on February 12 and 13 with support from the 5th Mechanized Corps, 6th Tank Army. The 167th also faced some elements of the 1st S.S. "Leibstandarte Adolf Hitler" Division. At this time the 167th was commanded by Major-General Ivan Ivanovich Mel'nikov (1944-45).

In late January 1944 the unit was transferred to Lieutenant-General Segei Georgievich Trofimenko's 27th Army. In February 1944 the 167th was in the frontal reserve after 2 major offensive operations in less than three months.

In October 1944 the 167th seized the Russkiy Pass in the Carpathian Mountains during the Uzhgorod Operation and in December 1944 fought in Hungary.

thanks to S. Caza