On June 18th 1942, in Tcherepovets (Arkhangelsk Military District) in the Soviet far north from a yet as unidentified rifle brigade. The brigade was most likely from reserve or training forces in the area. The new 180th Rifle Division (new, as the first 180th Rifle Division had been renamed the 28th Guards Rifle Division) was formed with the following units: 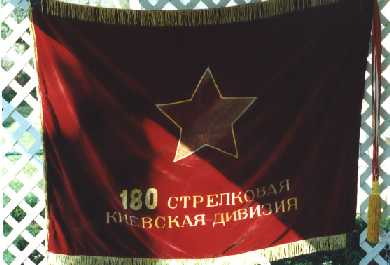 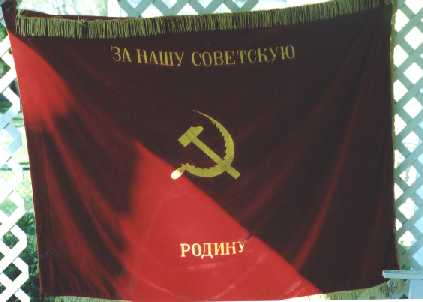 The first division commander was Major General Fyodor Petrovich Shmelev. In late June 1942 the division was assigned to the 10th Reserve Army of Lt. General V.S. Popov, of the STAVKA reserve.

In January of 1943 the division finally saw a combat posting with its assignment to the 3rd Tank Army ( Major General P.S. Rybalko) of Army General Golikovs Voronezh front. The Division was now under the command of Major General I. Ia. Maloshitsky. The division was transferred to the 69th Army (Lt.General M.I. Kazakov) and took part in the liberation of Borisovka. During this battle General Maloshitsky was killed in combat when division HQ was destroyed. General Maloshitsky had been awarded the Order of Suvorov (2nd class) for the units participation in the battle of Kharkov.

February 23rd, 1943, marked the beginning of the divisions participation in the liberation of Kharkov. The division had captured Kolmak Railroad station and the surrounding towns west of Kharkov. The division failed to capture the Artemovka Railroad station, and went over to the defense on March 7, 1943. The German counterattack destroyed the division's HQ ( the probable loss location of the original divisional standard). The German counterattack also destroyed all of the divisions anti-tank weapons, and forced it to withdraw to positions near Kachalovka. On 12 March the division was ordered by the common of 69th Army to withdraw to new defensive positions (line of Guberevka- Pavlovka- Dimitrovka- Bogodukhov). German attacks near Bogodukhov gutted the 21st Rifle Regiment and the 86th Rifle Regiment of the division. The division continued to move to the rear until it reached Kazach'ia Lopan on 12th of March, where it was re-subordinated to the 40th Army. The 180th Rifle Division was then tasked with taking up a defensive position outside of Belgorod, to prevent its recapture. The division was gutted and General Maloshitsky killed in heavy battle with the German 'Grossdeutchland' division.

Following this intense period of fighting the division was withdrawn on March 20th to a position further north, on the south flank of the newly formed Kursk salient. During the previous weeks of fighting the 180th Rifle Division liberated 150 towns and villages, destroyed the 385th and 387th Rifle regiments of the Italian 85th Infantry Division, took 14,000 enemy prisoners, killed 7,000 enemy soldiers, and captured or destroyed hundreds of tons of supplies. The losses during this period were also high with 1,661 men killed and 4,345 wounded. The division also lost most of its equipment. The division, by late March 1943, was totally gutted.

On November 6th 1943 the division took part in the liberation of Kiev with Army General Vatutins 1st Ukrainian Front. During this battle the 180th Rifle Division was awarded the honor title 'Kievskaya' and the Order of the Red Banner. On the night of November 6th the divsion was one of a number of units honored with a 24 round salute from 324 guns in Moscow.

In mid-November, 1943 the division was briefly transferred to Lieutenant-General F.F. Zhmachenko's 40th Army of the 1st Ukrainian Front. In December 1943 the division was transferred to Colonel-General S.G. Trofimenko's 27th Army (1st Ukrainian Front). From December 25th, 1943 to January 15th , 1944 fought south-west of Kiev in the 47th Rifle Corps of the 27th Army. It then assisted in the liberation of Yampol.

In February 1944 the 180th Rifle Division fought in the Korsun-Shevchenkovskii Operation. It began the operation in the 27th Army (1st Ukrainian Front) subordinated directly to the Army, not in the 47th Rifle Corps. Positioned on the 27th Army's right (south) flank between the 27th Army's 337th Rifle Division and the 167th Rifle Division of the 47th Rifle Corps of the 40th Army. It broke through to Selyi Kut on January 27th. The division subsequently formed part of the western edge of the ring encircling the Korsun-Shevchenkovskii German pocket directly facing the German "Blocking Detachment Fouquet". Later fought against the SS "Narva" unit and was one of the key defenders against the south edge of the German pocket where they fought together with the 5th Guards Cavalry Corps.

On February 12th, 1944, 2400 hours, transferred, along with the entire 27th Army, to Konev's 2nd Ukrainian Front during the course of the Korsun-Shevchenkovskii Operation. Positioned with the 18th Tank Corps just north of Lisyanka during the German's February 14th to 16th breakout attempt. The division participated in the capture of the town of Boguslav. On February 27th, 1944 the 180th fought against the Panzer Grenadier Regiment "Germania" at Olshana. The 180th spent much of spring 1944 recovering with the 35th Guards Rifle Corps of the 27th Army. Command was taken over by Major-General Anton Aleksandrovich Pavlovich.

In May 1944 the division fought in the 27th Army at Targul Frumos, and in July 1944 was transferred to the RVGK reserve. By August 1944 the 180th fought in the Iassi-Kishinev operation as a breakthrough division in Lieutenant-General I.T. Shmelin's 46th Army in Malinovskii's 2nd Ukrainian Front. The 180th Rifle Division was awarded the honorific title "Transylvanskaya".

From December 1944 to February 13th, 1945 the division fought at Budapest in Major-General Ivan Anreyevich Rubanyuk's 10th Guards Rifle Corps in the 46th Army, now in Tolbukhin's 3rd Ukrainian Front. Participated in the battle of Budapest, where it again suffered heavy losses. In mid-February, 1945 General Pavlovich was replaced as commander by Colonel Ilya Dmitrievich Andryukov (possibly due to Pavlovich's death).

On March 21st 1945 the 180th liberated Felshyogalla, Hungary (part of the city of Tatabanya) alone (while part of 75th Rifle Corps, 46th Army now led by Major-General M.S. Filipovskii). The division was awarded a 20 salvo salute from 224 guns in Moscow on March 25th.

The standard of the 180th Rifle Division hung in the Kiev Military Museum (due to the fact that it was a Kiev liberation unit) for many years. It is in very high quality velvet (not the same as the postwar civilian award banners) with the date of Febuary 1st, 1945 inside the pole sleeve.

published at PKKA-CA by permission of author